Despite the increased discussion of mental illness across Canada, and an awareness of where some of the gaps exist, there is still a huge issue that remains unaddressed. 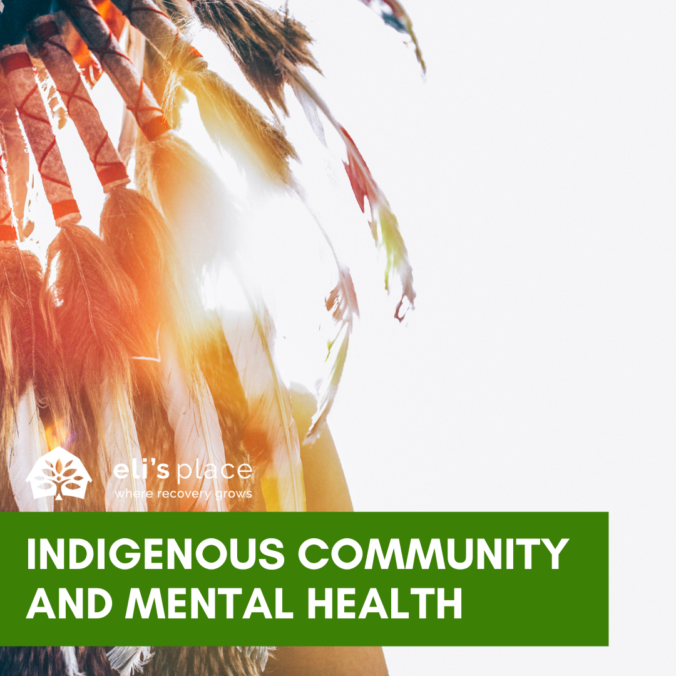 Do you remember the horrendous reports of Indigenous, Inuit and Métis youth suicides?  Native healers and government interventions have stemmed the losses, however, the underlying causes remain unchanged and a significant portion of Canada’s population is woefully underserved. As vulnerable youths become young adults, they will need other mental health support.

Indigenous on reserves are twice as likely as the non-Indigenous population to experience major depression and other mental illnesses. A survey found 16% of First Nation adults living on reserve experienced major depression, compared to 8% of the Canadian population.  First Nations youth are nine times more likely to experience mental health problems than their Canadian peers, according to the Library of Parliament

The British Columbia Aboriginal Survivors Study found only two of 127 residential school survivors to be free of mental illness, 30.4% experienced a major depressive episode, 26.1% had chronic depression and 64.2% had post-traumatic stress disorder (PTSD).

Each of these disorders is a risk factor for suicide. Statistics Canada reports that suicide rates among First Nations youth are five to seven times that of non-Indigenous youth and Inuit youth at a rate of eleven times greater. First Nations men die by suicide 2.4 times the national average and women five times.

Centuries of victimization through colonization, residential schools, child welfare programs (including the Sixties Scoop), and intergenerational trauma have led to these mental health challenges, higher rates of suicide, and substance abuse. These are compounded on reserves and in isolated communities by the lack of housing, food security, and clean water essential for mental well-being. Further, the struggle to hold onto traditions in the face of overwhelming Western values and thinking worsens the plight.

However, research has found youth in communities with a high level of cultural continuity are less likely to die by suicide or develop substance use disorder.

But the pandemic has further isolated Indigenous youth and those in the lesbian, gay, bisexual, trans, queer and Two-Spirit (LGBTQ2S) community. They are more likely to experience mental health issues such as depression and anxiety.

Approximately 33.8% of female and 17.2% of male youth living on reserve reported they felt sad, blue or depressed for two weeks or more in a row in the previous twelve months. This is worsened given mental wellness services are now via virtual and telehealth media, since many remote communities struggle with limited connectivity.

Holistic Indigenous healing interconnects family, community, spirituality, and nature. In Indigenous communities, wellness is about balance and harmony. The focus is on strengths not weaknesses, along with a sense of control over one’s own health. Individuals may avoid Western mental health and addiction treatment for fear of being stigmatized.

Indigenous treatment may include traditional teaching, spiritual practices like ceremonial prayers and songs, sacred remedies such as tobacco, sweet grass, or sage, healing circles, sweat lodges, and consulting with elders or healers. Ideally, these practices could be pursued in combination with contemporary mental health interventions.

The federal government has recognized the gaps and needed changes identified by research projects and has been working with First Nations organizations to address disparities in mental health care and expand access to public health. The government has “committed to instilling a zero-tolerance approach to racism against Indigenous peoples across all healthcare systems in Canada.”

In addition, the National Collaborating Centre for Indigenous Health (NCCIH) was established in 2005 “to support First Nations, Inuit, and Métis public health renewal and health equity through knowledge translation and exchange.”

The groups which face the greatest risks of suicide are those with the least access to state-of-the-art health services.

Canada’s Truth and Reconciliation Commission was formed to compensate survivors and their families for residential schools’ impact as well as to address the injustices and inequities suffered by the Indigenous.  While the commission resulted in specific healthcare calls to action, First Nations peoples continue to wait. Meanwhile, mental health crises continue relentlessly in Indigenous communities.

Eli’s Place could fill a gap for vulnerable young adults with serious mental illness. Our long-term vision is to incorporate traditional healing practices with contemporary therapies on a working farm so sufferers can recover, grow and thrive in nature.

Eli’s Place will be a farm-based residential treatment centre helping adults aged 18-35 who have been diagnosed with serious mental illness. As we envision Eli’s Place, we anticipate that yoga will play an important role in supporting the journey from mental illness to hopeful futures.