Close: A Special Night at the Movies in Support of Eli’s Place

On Thursday, November 17, 2022, supporters and newcomers to the Eli’s Place mission filled a theatre at Varsity Cinema in downtown Toronto to watch an advanced screening of the acclaimed film Close and to hear speakers address its themes. And what a night it was! 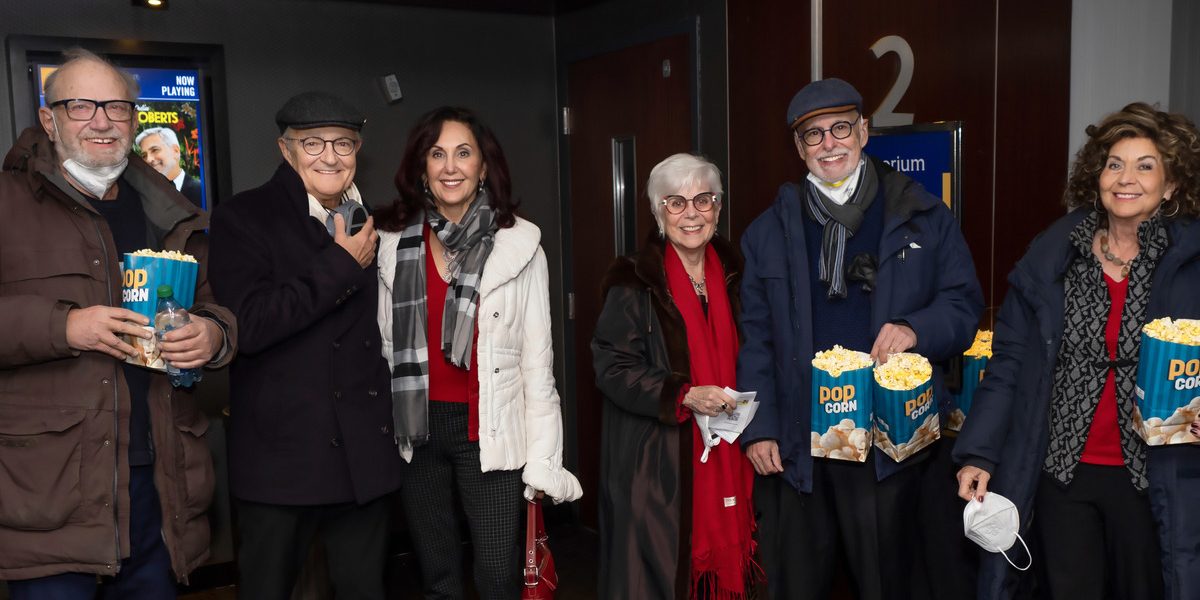 Carol Cowan-Levine opened the evening with a powerful call to action. “I am the face of Eli’s Place. I am also the face of unimaginable loss,” she stated; she is also the face of hope as she leads our organization forward. Carol was emphatic in expressing the need for Elis’ Place and her passion was palpable. As Carol stated, Eli’s Place is not “a nice idea or a project,” rather it is an urgently needed service for the many young adults facing serious mental illness.

Next Dr. Andrea Levinson spoke from her particular vantage point as the Director of Psychiatric Care, Health & Wellness, at the University of Toronto (just one of the many professional roles Dr. Levinson has taken on). As she shared insights around mental illness as it presents in young adults, it was immediately clear that she is an expert in this area able to draw insights and connections that engaged the audience.

She opened her remarks with an overview of mental health (defined as flourishing in a state of well-being, coping with normal stresses and contributing to society) and mental illness (defined as languishing with some level of mental health impairment that interferes with cognitive and physical functioning). She also stressed that those living with an identified mental illness can most certainly flourish, but they may need specific support to reach their goals. She noted that accessing services can be difficult in our current system which is struggling after decades of underfunding. Elis’ Place is one such support for those learning to cope with a diagnosed serious mental illness.

“The introductory remarks by the Chair of the Board and Dr. Levinson really set the tone for the evening and emphasized the urgent need for improving access to appropriate healthcare for young people dealing with serious mental illness.“

Dr. Levinson also spoke very powerfully about death by suicide and the many complex and unique issues that may lead to an individual’s death by suicide. The sharpest increase in the number of suicides across the lifespan, she noted, occurs in early adolescence and young adulthood. Because many suicides stem from suffering from a treatable mental illness, accessing timely care is imperative.

As we were poised to watch a film, Dr. Levinson also spoke about the presentation of suicide in mass media such as film and television and “the contagion effect” that occurs when suicide is not dealt with in a responsible way.

[It is] “the responsibility of the media to portray stories that reflect hope, coping skills and resilience.”

One of the hallmarks of the film Close is the way it presents the struggle of being a survivor of suicide in a natural and hopeful way. Both Dr. Levinson and our second speaker, film critic Peter Howell praised the film for its sensitive portrayal of suicide and its aftermath. In his remarks, Peter Howell led us through a highlight reel of mental health as it has been portrayed in film. Just as in society at large, we have come a great distance in de-stigmatizing the portrayal of mental illness in film.

As he shared images from films stretching from 1931 to the present, there were ripples of recognition as familiar faces filled the screen in stills from Gaslight to Psycho and Cuckoo’s Nest. Peter titled his remarks “From Creep Show to Compassion” and he walked us through a progression in film which led us to Close, a film that stood out from the 25 other films he watched this year at the Cannes Film Festival. He shared with us that Close was the only film to make him cry and advised us to get out our handkerchiefs.

“I thought the evening was very thought provoking. The acting was so understated and realistic, painful to watch at times because it was so raw in dealing with such loss and guilt. As Peter Howell said, everything shifted when Leo’s mother told him on the bus, ‘something has happened’. A day later, those words haunt me. The experienced counsellor and psychiatrist speaking added to the fundraiser as they lent another level of understanding to the film and answered questions. A powerful, memorable  evening.”

He reminded us of the words of the late film critic Roger Ebert who referred to films as “the most powerful empathy machine in all the arts.” Certainly Close allowed us to walk in the shoes of the young friends Remy and Leo for a time and to witness both tragic loss and the potential for healing.

“The film gives us an intimate look at friendship and family and the complex experiences of those left behind after suicide. I’m glad a story like this one is being shown on the big screen. I believe it will give insight to those who have not been touched by suicide and comfort to those who have.“

In the silence that reverberated throughout the theatre as the credits rolled, all of us in the audience took a moment to collect our thoughts and dry our eyes. Close is a beautiful film visually, rich in colours, textures and sounds. The rows of flowers on the farm the boys play and work in, the imaginative play in the summer months, the schoolyard rough and tumble in the fall, and the family dinners as winter passes into spring are scenes that reverberated with emotion.

The post-film Q&A allowed for an opportunity to further explore the complexities of suicide and some reactions to the film. Dr. Levinson and Emily Howell (a recent graduate of Humber College’s Addictions and Mental Health program) were able to bring some insight into the questions posed by our audience members, reminding us that one of the challenges in addressing suicide is the unique nature of each scenario. Both spoke to the possibility of recovery for those impacted by suicide.

“The thing that struck us was the nuanced risk factors that can lead to mental illness and suicide and the devastating impact suicide has on family, friends and the community. The film was a sensitive and thought-provoking portrayal of the tragedy of suicide, brilliantly acted and directed.“

We want to extend a heartfelt thanks to our partners Sphere Films Canada, Cineplex Varsity Theatre, Andrea Beitel and The Gilmore Property Group for making the evening possible.

If you were unable to attend the event, we are happy to share that Lucas Dhont’s film Close will open in select theatres in Canada on January 27th, 2023. You will not want to miss this empathetic and compassionate film, the one that made a seasoned film critic cry and sparked a stigma-busting discussion around suicide and its impact.