In his joint roles as Professor of Psychiatry at U of T, Scientist at the Li Ka Shing Knowledge Institute and St Michael’s Hospital and the lead researcher with the Canadian Biomarker Integration Network in Depression (CAN-BIND), Dr. Kennedy is immersed in research surrounding depression, bipolar disorder and suicidality. He is also a consummate teacher, someone clearly used to breaking down complex ideas into manageable bites for the non-scientists among us.

A transition in psychiatry

As someone with a long career in psychiatric medicine, Dr. Kennedy is aware of the concern recently expressed in the popular press regarding fewer medical students pursuing psychiatry, but he sees it differently. In fact, he sees a “critical mass of young scientists”, many with a PhD in neuroscience or brain imaging entering the psychiatry residency program at the University of Toronto, where all residency spots have been filled over recent years. Dr. Kennedy predicts a transition in the coming years as these new professionals emerge as trained clinician-scientists. Recent advances in brain imaging techniques offer enormous opportunities to understand disruptions in brain activity during episodes of depression, mania, or psychosis, and to create new treatments that will reverse these disruptions.

Dr. Kennedy has been working towards changing the playbook by identifying biomarkers for depression with the goal of optimizing treatment in a timely and cost-effective manner. At present, treatment can mean a long game of ‘trial and error’ working through pharmacological treatments and non-pharmacological treatments, such as psychotherapy or brain stimulation, until the treatment is effective. For patients living with serious mental illness, this process is costly, delaying recovery and return to wellness; the socio-economic costs are equally high.

Many of us may be familiar with biomarkers such as cholesterol, which is used in the diagnosis and treatment of heart disease, or perhaps the BRAC1 gene which is predictive of a subtype of breast cancer. Identifying similar biomarkers for mental illness would enable clinicians to better align specific treatments with individuals. Once biomarkers are characterized, the process will shift towards accurately identifying these markers in a cost-effective way within the community, perhaps in the office of one’s own family doctor. Dr. Kennedy floats a vision of the near future in which a portable machine could provide electroencephalography (EEG) to identify different profiles of depression that are responsive to a specific therapy. Personalized medicine can impact diagnosis, prognosis, and treatment and while we are not at that stage yet with mental illness, we are ever closer to his vision becoming a reality.

“We’re in the age of big data”

Dr. Kennedy is very excited about the ability to share data globally and bring the power of “big data” to bear on psychiatric research. Toronto has become a hub for brain research, and the work done by Dr. Kennedy and his team within the Unity Health Network (to which the Li Ka Shing Institute and St Michael’s Hospital belong) is part of a large network of innovative projects. The CAN-BIND projects he leads are supported by the Ontario Brain Institute, a provincially funded non-profit agency. The ongoing inquiry into the identification of biomarkers for depression is one of five Integrated Discovery Programs funded by the OBI and the only one to have an exclusive focus on mental health. Sharing the results of all of these projects nationally and globally will have a profound impact on how we understand depression and other serious mental illnesses. Large data sets enable scientists to consider myriad characteristics of individual patients such as age, sex, history of trauma, genetics, and inflammation to build ‘treatment response profiles’.

Powerful stories continue to connect us

Despite the tantalizing possibilities of big data from global researchers, it’s the personal stories that continue to grab our attention. Indeed, Dr Kennedy expresses a keen interest in the power of working with and hearing from those with lived experience. He met David and Deborah Cooper, the co-founders of Eli’s Place, at a Friends and Family Day event hosted by CAN-BIND. He recalls being “deeply impressed by the Coopers” and their willingness “to turn grief into a meaningful and impactful process”. Dr Kennedy believes that Eli’s Place will serve “a huge need”. He notes that at Eli’s Place, young adults can receive pharmaceutical interventions as well as Cognitive Behaviour Therapy and other psycho-social therapies in a caring environment.

With all that Dr. Kennedy has on the go, it was generous of him to spend time in conversation for this article. What became very clear over the course of our discussion is that his fellow researchers, the people with lived experience and their families who participate in Dr Kennedy’s studies matter deeply to him. Yes, he speaks passionately about the possibilities of the science he is so deeply engaged with, but he also speaks with a profound awareness of the human cost of mental illness. Eli’s Place is fortunate to have Dr Kennedy on our team of Professional Advisors. 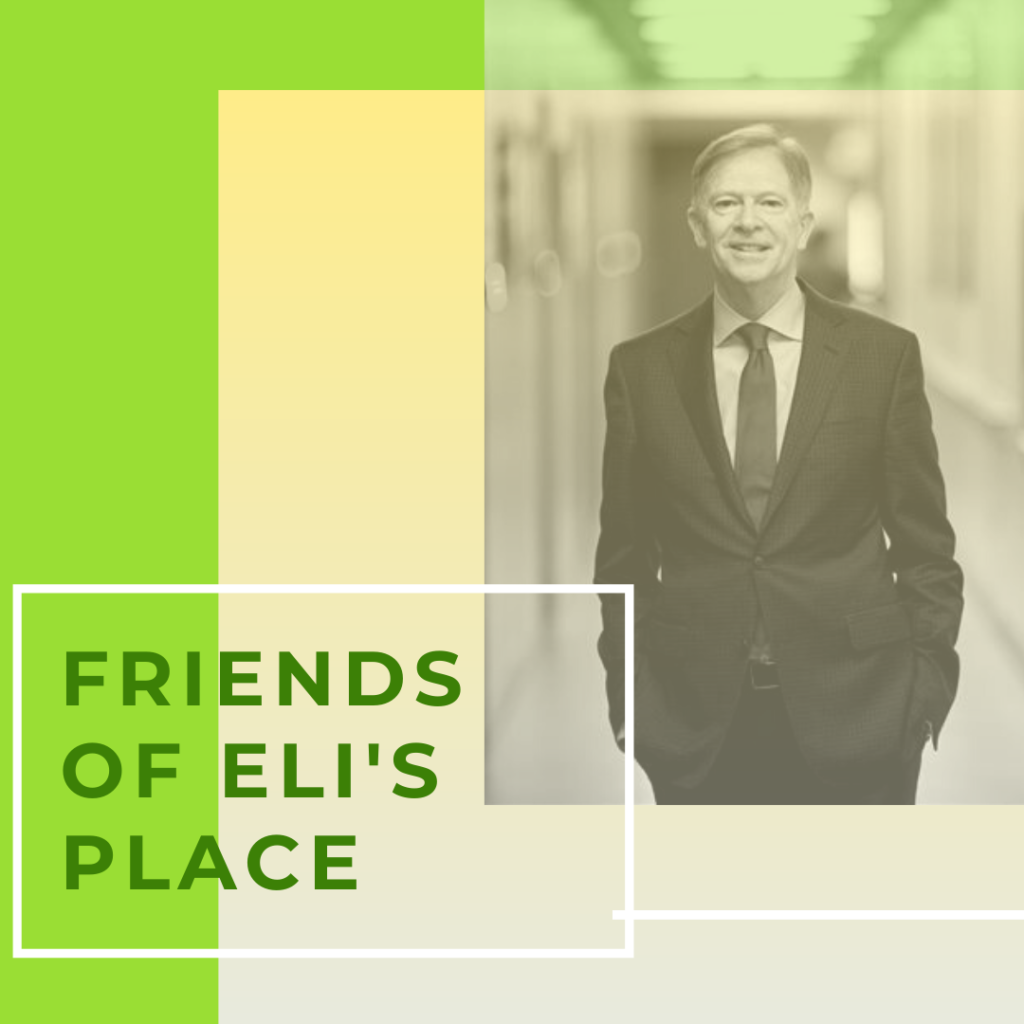