“It May Not Be Rocket Science, but It’s Certainly Improving Outcomes!” 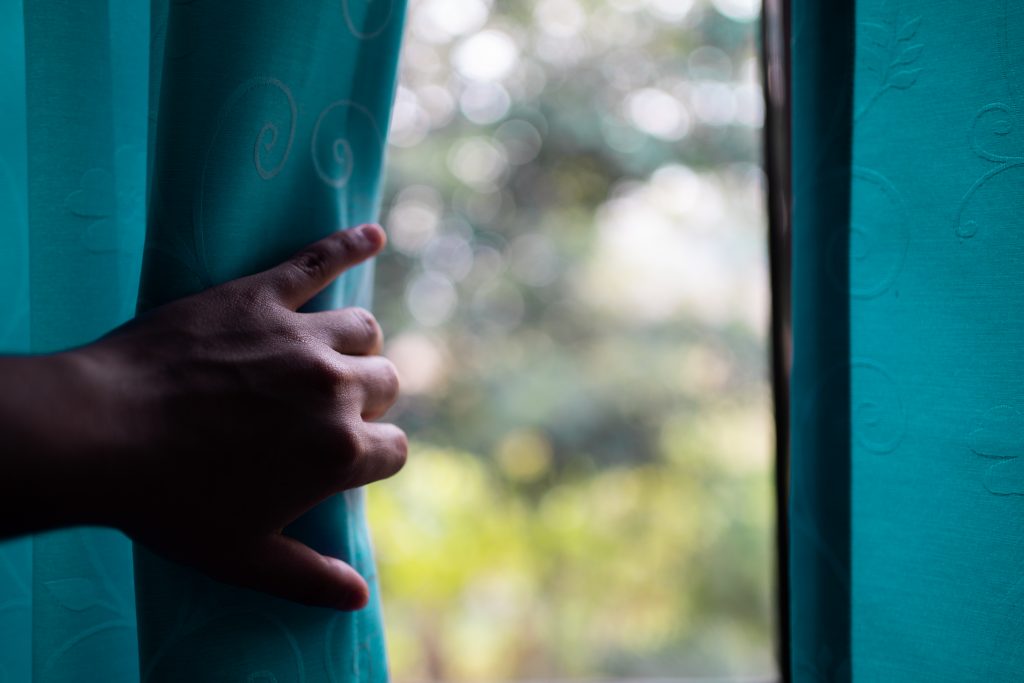 Understanding the scope of Dr Zaretsky’s role at Sunnybrook Health Sciences Centre could make one’s head spin, but as he lists the various hats he wears, it’s clear Dr Zaretsky is in full control. As Chief of Psychiatry at Sunnybrook, Dr Zaretsky maintains a clinical practice with a specialty in the area of mood disorders and anxiety.

As if that wasn’t enough, his role as V.P of Education puts over 5,000  learners under his wing;  a teaching hospital, Sunnybrook offers these learners “inquiry and exchange between clinicians, researchers and educators” in an integrated approach.  The vast majority of these learners are nursing students, along with roughly  1,000 postgraduate medical trainees completing their residency training at Sunnybrook. Rounding out his professional roles, Dr Zaretsky is also a Full Professor at the University of Toronto’s Department of Psychiatry.

“Psychiatrists should not have a monopoly on delivering care”

For many years Dr Zaretsky has been advocating for the evidence-based therapy known by its acronym CBT or Cognitive Behaviour Therapy. Dr Zaretsky believes it’s imperative to build capacity in the delivery of this treatment. Many years ago Dr Zaretsky completed a Fellowship at Massachusetts General Hospital in the area of CBT and has been a proponent of this psychological therapy ever since. What is most exciting, many years on, is that Ontario has come to appreciate this outcomes based, measurable therapy, and this past March announced a $20M investment in evidence-based psychotherapies such as CBT.

The  Ministry of Health will also open up access to CBT allowing publicly funded mental health care to be delivered by other healthcare professionals in addition to psychiatrists.   Dr Zaretsky points out that we are actually just catching up to other jurisdictions such as the U.K. and Australia which have both scaled up their capacity to deliver CBT by engaging a host of different practitioners (social workers, for example) in psychiatric care. Although CBT has been widely available in Ontario for many years, the cost for treatment has left it as an option for only those with private financial means or those covered by employee benefit programs. Expanding access to CBT in Ontario would allow for a more interdisciplinary approach to patient care and vastly improve patient options by removing the cost barrier.

Improving access to mental health care is a “social responsibility”, states Dr Zaretsky, which historically has been grossly underfunded when one compares it to other aspects of health care. Dr Zaretsky is excited that this situation is changing for the better.  Along with the recent investment in mental health announced by the Ontario government, changes have been made in the way psychiatrists are paid; psychiatry is one of only a few specialties which saw an increase in remuneration (a fact which may encourage more interest in the profession). Accountability within the profession has developed as well. In the practice of psychiatry there has been a surge in the use of measurement tools to more accurately assess symptoms and define outcomes. The use of objective scales such as the PQH-9 and the QIDS-SR has led to a much clearer understanding of patient reporting. And while it isn’t rocket science, says Dr Zaretsky, it’s an enormous improvement over the historic practices of some doctors who simply “got a Gestalt, or gut impression and then prescribed meds”. Dr Zaretsky notes there’s a lot of room for optimism in these simple changes in practice.

“We’ve also stolen treatments from the neurologists”, Dr Zaretsky jokes. And these treatments, under the umbrella of neuromodulation, are very exciting. Repetitive Transcranial Magnetic Stimulation (rTMS) is currently approved for the treatment of Major Depressive Disorder and is, along with other treatments such as Deep Brain Stimulation, under investigation for use with other serious mental illnesses such as Bipolar Disorder, OCD and PTSD. These ongoing investigations into changing the brain circuitry in patients with severe mental illness may prove to be excellent mainstream treatments in the future.

“The most debilitating illness in the world”

Sadly, there are still huge inequities in the field of mental health care which is not funded in alignment with general health care. Research funding remains a challenge to obtain as do investments in all areas of mental health. Given that 1 in 5 people experience some form of mental illness in their lifetime, there’s no doubt it is “the most debilitating illness in the world,” says Dr Zaretsky, who notes three areas in particular which need immediate attention. The first is geography: access to services becomes an increasing issue the further one is from the GTA. The second area needing immediate action is meeting the needs of emerging adults (those in their early teens and into their late 20’s). So often, Dr Zaretsky notes, young adults present with concurrent issues – typically mental illness and addictions. Because of their age, these patients often fall through the cracks as they move from services provided for children into those provided for adults. The “system” is very complex and not always transparent.  However, as Dr Zaretsky notes, Sunnybrook’s Family Navigation Project is doing excellent work to address issues of access and navigation for youth and their families in an ever broadening catchment area. Another population vulnerable to slipping between the cracks is the Autism Spectrum Disorder cohort. Many of those diagnosed with ASD have comorbidities (such as anxiety and depression) which can lead to difficult responsive behaviours. While there is much that needs to be done in mental health care, Dr Zaretsky points to these three areas as being among the most critical.

The option of  longer term, holistic, residential treatment will have “a profound impact on the life trajectory” of young adults with serious mental illness, states Dr Zaretsky. Most psychiatric patients are discharged from emergency care when they are still very unwell and there remains a great deal of debility which prevents patients from engaging in normal life. Enabling patients to receive care, to develop skills, and to engage in their own treatment will make an enormous difference. Dr Zaretsky believes that a treatment centre like Eli’s Place is long overdue for residents of Ontario who need such a therapeutic environment.

It was Dr Zaretsky’s wife, Mona Taylor, a tax lawyer, who first met  David and Deborah Cooper when they were establishing the charity now known as Eli’s Place. Later, she introduced her husband to the Coopers. When the Coopers shared their story and their vision for a treatment centre named after their son, Dr Zaretsky’s attention was captured.  Indeed he has always found it powerful to witness the stories of others. He shared his own story with us revealing that as the son of a psychiatrist he had always thought the work his mother did was “voodoo”, not “hard science”.  After a year studying engineering at university he changed direction and entered medical school. Then, as a young medical student, he took an elective course in psychiatry at CAMH. Watching his mentors interacting with their patients was life-changing and opened a pathway for Dr Zaretsky’s career in psychiatry. Now, many years later he is a leader in his chosen specialty and works directly with those who are in the process of determining their pathways as healthcare providers at one of Canada’s leading hospitals. Dr Zaretsky is an expert in human behaviour who knows first hand what personal experience can do to shift one’s beliefs!

The many patients and learners who have come into contact with Dr Zaretsky are grateful that he followed in his mother’s footsteps to become a psychiatrist. At Eli’s Place we are pleased that the Cooper’s tax query linked them to Dr Zaretsky who was moved by their vision of a treatment centre for young adults with serious mental illness. Being a part of our Professional Advisory is another of the many hats worn by Dr Zaretsky and we are very grateful to have him on our team. 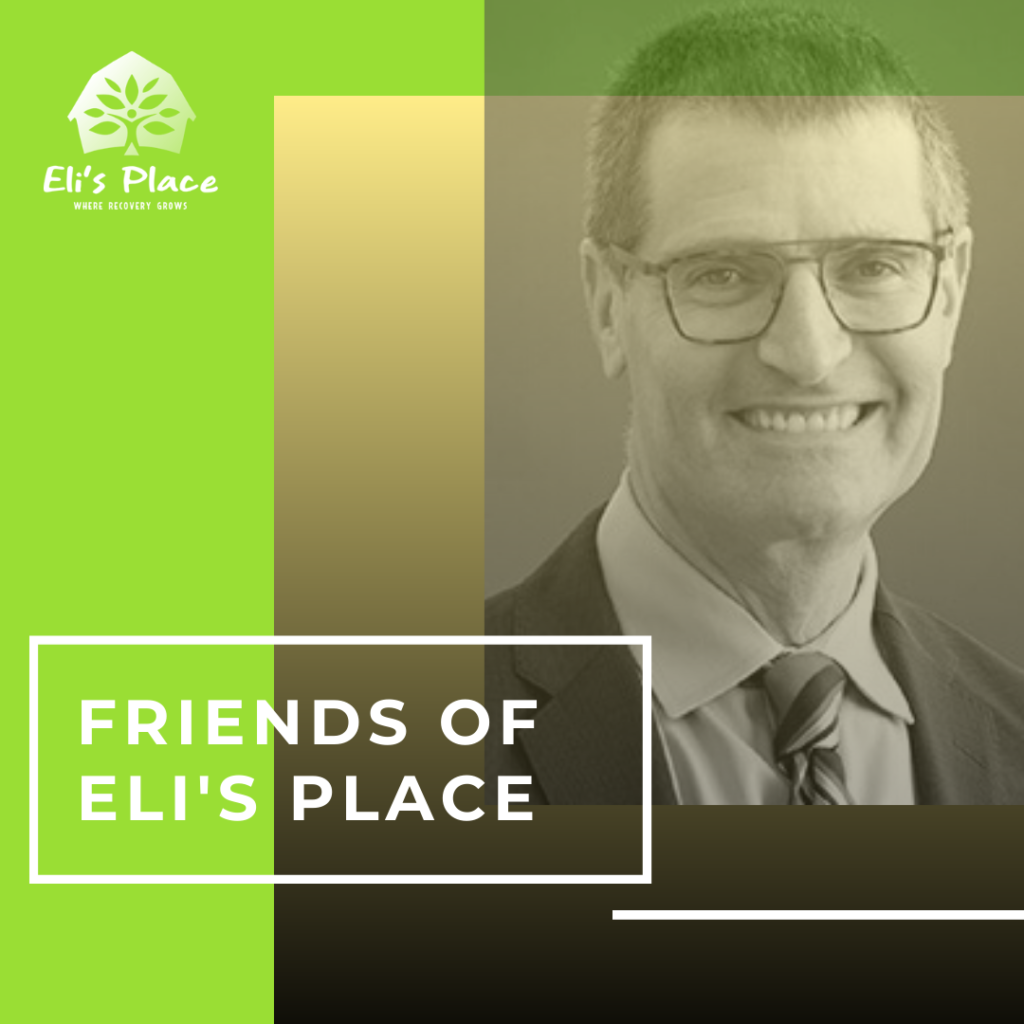