Navigating the mental health system was difficult for us – ultimately it was tragic. We began when my son was 6. He was tested to see if he was epileptic because he’d get so excited that he’d shake. He was not. 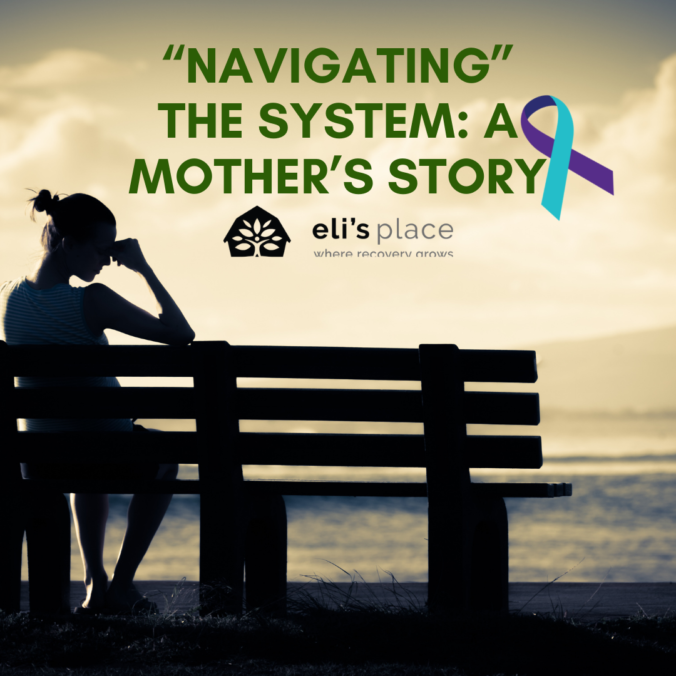 The system we tried to navigate consists of the resources government and private sources provide for people dealing with mental illness, including learning disabilities and disorders. Although there are lots of resources out there, they are scattered and difficult to access. It’s easy to fall through the cracks and get lost.

I am a mom who tried to navigate the system with my son. I failed. Although I attempted to access a variety of mental health supports, both public and private, I did not find a solution that worked. Here’s some of what we tried and how the system failed us.

When my son was 9 the school advised he be assessed. Teachers noticed symptoms of learning disabilities. An educational psychologist went through a battery of tests. She reported his learning profile was characterized by above average verbal abilities, above average auditory memory coupled with low average non-verbal problem solving and visual memory.

This variability was responsible for lags in his academic performance. In addition, his anxiety, variable attention and disorganized learning style compounded his learning difficulties. Officially, he had Attention Deficit Disorder and Non-Verbal Learning Disabilities and was a child “for whom additional time and reinforcement in learning” were required. My son took this in stride. It did not seem to affect his interest or ability in school. Although pressures at home and school made him anxious about his academic performance, he continued to be his exuberant self.

The school set him up with an Individualized Education Plan (IEP). We thought there would be some communication between school and home and some improvement. There wasn’t. The same basic IEP was reinstated year over year. He made it through the elementary and middle school years although his anxiety and depression worsened.

With this cursory help from the education system, I tracked down other solutions. We went to the Hincks-Dellcrest Centre. There my son was seen by psychiatric residents. One seemed to connect. Continuing her residency, we followed her to CAMH and Sunnybrook. Her help was useful, but inconsistent and unsustainable. We had a hard time setting up a routine as she was continually switching locations. She moved on to start her own practice, out of reach geographically.  There was no plan to set us up with another doctor.  From 9-years-old to  14, my son’s depression and anxiety continued. He started skipping school and hiding out at home.

Art was a saving grace. He went to a local art school and summer art camp. His mental health seemed to improve.  His art portfolio was good enough to get him into an arts high school. His strength was as a conceptual artist. He was able to take a unique view of a concept and make it both funny and thought-provoking. At times he was a total goofball, but then he’d point out something undeniably true. His favourite subjects combined fantasy, sci-fi and politics.  Everyone was proud of him and his accomplishments. This was a high point for all of us.

In his first years in the new high school, his self-esteem began to suffer. At first, he was a loner and saw his artistic and academic abilities as less than his peers. He was feeling hopeless. We took him to see a psychiatrist with a tutoring business. When he did not get the time and attention he needed, I tried to act as a go-between. I wrote to the psychiatrist explaining my son was very depressed, feeling hollow, purposeless, overwhelmed and fearful. He was crying out for help. I wanted the doctor to provide more one-on-one counselling, but instead, Wellbutrin for depression, Ritalin for ADD, and Ativan for anxiety were introduced. He did not like taking the drugs. He said he did not like the way they made him feel out of control. I did not force him. He took them inconsistently at his own discretion. With the help of tutors in mathematics and the language arts, his academic performance began to improve.

By grades 11 and 12 he had become quite popular. Suddenly he was having the time of his life.  His marks were good enough to get him into university. But once there, he was on this own. It was hard for him to maintain the discipline required to get there and to do the work. I encouraged him to contact the university’s disabilities services. This was a challenge. He had to be assessed again. At 20, we went to another psychologist to be re-tested. The results were much the same as when he was 9 – ADD and non-verbal learning disabilities.

The university’s counselling and disabilities office had little to offer; only extra time on assignments and exams. This is another gap in the system. There was limited opportunity for counselling or contact with mental health professionals onsite, and, as a young adult, he was more in control of his own agenda. He did not get through the first year. By this time, he was in his early 20s. He gave up on prescription drugs and began to self-medicate with alcohol and cocaine.

Still he did not give up. He was looking for his place. He figured an active and supportive profession would suit his abilities. He decided to become a massage therapist and enrolled in a private college to get a diploma. Again, he was on his own. There was no IEP or counselling and disabilities office. There was no professional mental health assistance available. To fill this gap, we went to a psychotherapist who was a professional ADD coach. Although he loved this counsellor and counted her as a friend, he was frustrated by the weekly process and did not follow-up on advice. This first coach introduced another organization that provided therapy and coaching for adults with ADD and learning disabilities.  The coaching was rigorous and helpful, but the cost of the personalized care was prohibitive ($150/hr.) He struggled and lost his way in the first year of his massage therapy program.

In light of all this, he was depressed and anxious. I had a psychiatrist of my own and took him there. My son became his patient. He was officially diagnosed with depression and anxiety with possible bi-polar disorder, and was prescribed new drugs.  Again, he was resistant to medications. The psychiatrist also suggested CAMH to get help for his substance abuse issue. He did not stick with that. The independent self-work required was a barrier. He needed more support than they could offer.

By then he was in his mid-twenties. He was running his own painting and renovations business, but barely making ends meet. I encouraged his industry and tried to keep him enthused about his work. He was good at it and all his clients became his friends. Although he put a lot of effort into it, he also dismissed his successes.

At the same time he was very much involved in a long-distance relationship.  The prospects of a future with her spurred his efforts to improve himself. There were positives to this affair but also despair at his deficiencies.  When his girlfriend dumped him for someone more reliable, more promising, he was more than devastated.

The help we could help provide him was disjointed, with no continuity or follow-up.  Not only were schools’ special education systems and mental health systems of little help, I was ineffective. I should have gotten him into a long-term treatment program, but did not have the know-how or the funds. He took his own life at age 29.

Lucas was the light in my life. The turn out at his funeral was tremendous. People remembered him as bright, creative, funny, kind, intelligent, the life of the party. One friend of his told me that “Lucas was the funniest guy I ever met.” Another said he was unforgettable. As one of his teachers put it “Lucas was an artist in the truest sense of the word.”

By sharing this story of trial and error – mostly error, I am trying to put a face to the issue and raise it up.  I am sorry Lucas.  I did not find a long-term therapeutic centre for young adults with mental illness. We got lost. There is a desperate need for the kind of help that Eli’s Place could offer.

Laurie Doroshenko lives and works in Toronto, Ontario and recently joined the Eli’s Place community as a volunteer. Lucas was her only child.