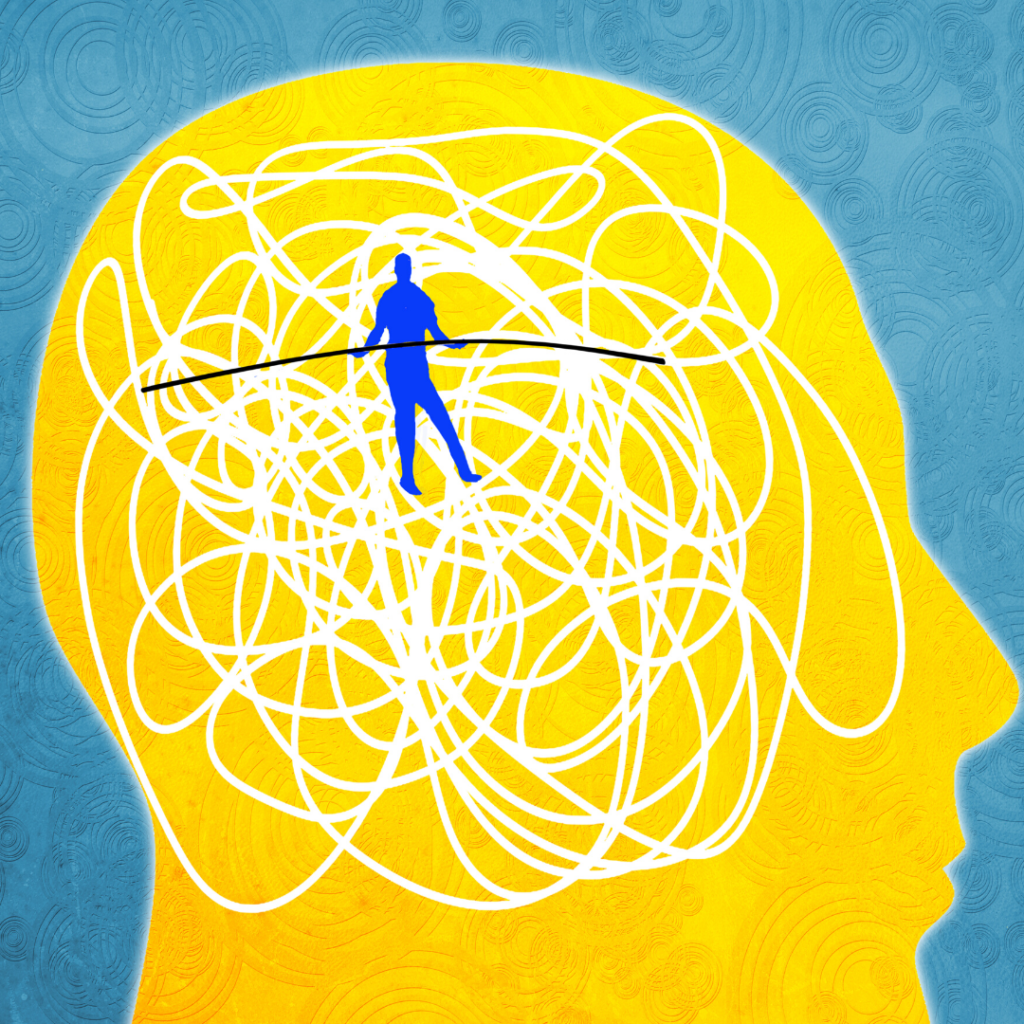 Schizophrenia is a serious mental illness that affects 300,000 Canadians. It is often characterized as a thought disorder that can cause hallucinations, paranoia, and false beliefs. These, in turn, can lead to erratic thoughts and behaviours and sometimes even psychosis. The onset of schizophrenia occurs in young adults between 18 and 35, with symptoms tending to emerge earlier for men than for women.

The first signs of schizophrenia can show up in the late teen years and are referred to as “episodes.” The sufferer may display irrational or aggressive behaviour seemingly out of the blue. They may also show more subtle signs of the illness like withdrawal from interests and peers, trouble sleeping, irritability, and poor grades. Since these symptoms are also common in major depressive disorder and general teenaged angst, schizophrenia can easily go undiagnosed.

The symptoms of schizophrenia are generally divided into “positive” and “negative” categories with a third category reserved for cognitive symptoms.

Positive symptoms “add” to current human experiences. These are called psychotic symptoms as they pertain to the individual losing touch with reality and experiencing hallucinations and delusions.

Negative symptoms “reduce” or impair regular activity and functioning. For example, one’s range of emotions might be reduced resulting in brief and unengaged speech. They might report a lack of enjoyment and pleasure or lack of motivation.

Cognitive symptoms are signs that cognitive functions, such as thinking, have been affected. They might struggle with memory, organizing thoughts, and even being aware that they have a mental illness.

How is Schizophrenia Diagnosed?

It is incredibly challenging to diagnose schizophrenia. There are no brain scans or blood tests that can detect it, and many of the symptoms overlap with other physical and mental illnesses. Doctors often must rule out many other illnesses before coming to the diagnosis of schizophrenia.

The Diagnostic and Statistical Manual of Mental Disorders (DSM) 5 suggests that if two or more of the above symptoms are present, the individual can be diagnosed with schizophrenia. However, symptoms of hallucination and delusions can be enough to diagnose it on their own.

Like other mental illnesses, there is intense negative stigma surrounding schizophrenia which can cause those suffering from it not to seek help. Some of the myths surrounding this illness suggest that those diagnosed with schizophrenia hear voices, are violent and dangerous or have “multiple personalities”.

The Schizophrenia Society of Canada has an excellent resource on the various myths and stereotypes surrounding this illness. Check it out here.

Although there is no cure for schizophrenia, there are various treatment methods and management strategies that can help those diagnosed with the illness live full lives. They often require a blend of different treatment methods including medication, consistent medical care, peer support, and cognitive behaviour therapy.

It’s also common for those suffering from schizophrenia to be diagnosed with comorbidities, meaning they may also be experiencing other disorders along with the primary diagnosis of schizophrenia. For example, 25 per cent of individuals living with schizophrenia also have a substance abuse disorder which requires its own unique treatment methods.

The Schizophrenia Society of Canada is a useful and enlightening resource for anyone looking for accurate information about schizophrenia and treating this mental illness.

How to Use Music as a Tool to Lift Your Mood